3 live tracks up from the eu gfd tour

"Index", "Sectarian" and "No Part Of Me" are now up in 1080p HD quality on Lasse's YouTube page here with still images captured by Lasse Hoile. These recordings was recorded live at Shepherds Bush Empire, London, October 31st 2011.

Currently touring with his second solo album "Grace For Drowning" (from which this song also features on) Steven Wilson will be launching the US tour November 8th with an amazing band and incredible live show!

For tickets and information about venues and dates go here: GFD Tour dates

Just press the date and venue titles and you will automatically be directed to the box office - DO NOT MISS THIS SHOW !

There is also a special Steven Wilson iPhone app available for free at the iTunes App Store for even more exclusive content and updates from the tour and much more !

Grace For Drowning' is the second album released under Wilson's own name, and builds on the artistic inroads he forged with 2009's exceptionally well-received 'Insurgentes.'

Press for Grace for Drowning is unanimously positive:

'Wilson's ability to create music so prodigiously and to such consistent standards remains a mystery. With his second solo album, the Porcupine Tree leader has done it again.'
Metal Hammer

'A majestic soundscape created by an innovative, forward-looking musician immersed in the history of music'
Record Collector

'This is a magnificent step up; he simply can't be stopped.'
Classic Rock Prog

Band line up for this live recording was : 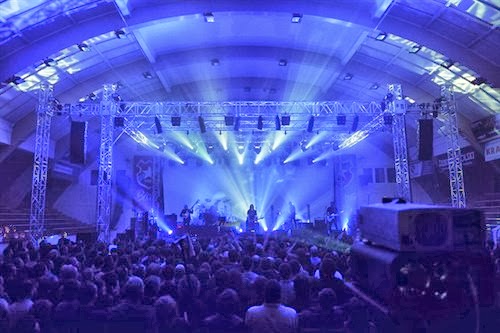