A few more note's on the thing from SW :

"Sorry, but Cut Ribbon once again failed to make the cut - although the 12 tracks / 84 minutes of music I've selected for the main release is quite eclectic, it has in common a pretty organic feel, mostly inspired by the darker end of vintage progressive music and some movie soundtrack stuff (Morricone especially). The sound palette is made up of things like strings, choir, woodwinds, mellotron, organ, piano, fender rhodes, jazz drums, and warmer guitar tones, so the shiny metal attack of Cut Ribbon just doesn't fit. But the track is all mixed and finished and sounds good, so I'll find somewhere to release it. Definitely the album will come out on double vinyl too. Love the new Radiohead album! Here's another still from the work in progress films Lasse is working on to include on the blu-ray version of the album." 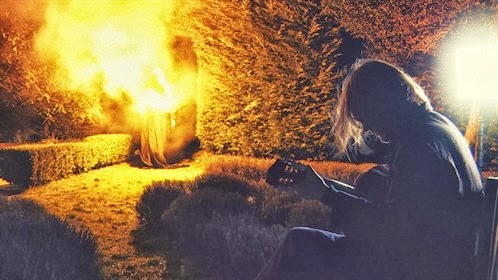