Words, Epic and Amazing can't justify this new album...the artwork was already started last winter of 2010, never produced so much for anything before but hopefully it all pays off in the end...

Here is what SW says about the new album

"My second solo album is nearing completion. It will be in the form of 2 separate 40 minute albums released in the same 2 CD set, and will also come as a blu-ray with surround mix, high definition stereo and a lot of visual material (Lasse is already working hard on films for many of the songs, attached is a still from one of these we shot a couple of weeks ago to a song called "Index"). We're also planning a special Insurgentes style hard back book edition with a full length bonus CD of additional material. A year in the making, this is without doubt my biggest project to date, perhaps my most ambitious and personal music, and with some phenomenal musicians and performances on it (drummer Nic France in particular is going to blow a lot of people away). We hope a website will launch around April/May to start previewing material, with the album scheduled for September. More soon...." 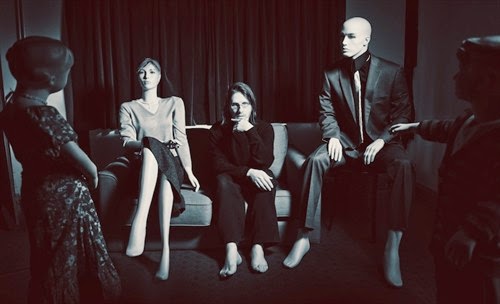